Fanny and John: the story of an endless thwarted love

“I shall ever be your dearest love” 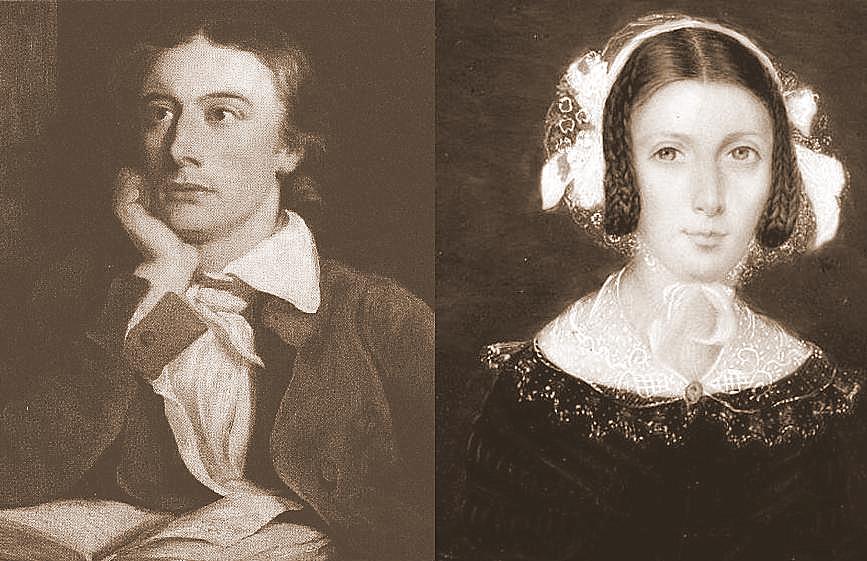 Keats’s poems, letters and the love story with Fanny Brawne make Keats so special and so available to contemporary generations of readers.  He died at twenty-five, more beloved on earth than most of us will ever be.  The strong bond of love between the two is to be found elsewhere in English literature (e.g. Jane Austen’s “Pride and Prejudice”, “Sense and Sensibility”; Emily Bronte’s “Wuthering Heights”, just to mention a few) and it is the kind of love that all of us long for.  It is an all-consuming passion that can stupefy you, stun your senses, suspend time and space.  It is the strongest of emotions: so strong that it causes both pleasure and pain.  All this can be found in Keats’s love letters and in the poems written during his close relationship with Fanny. 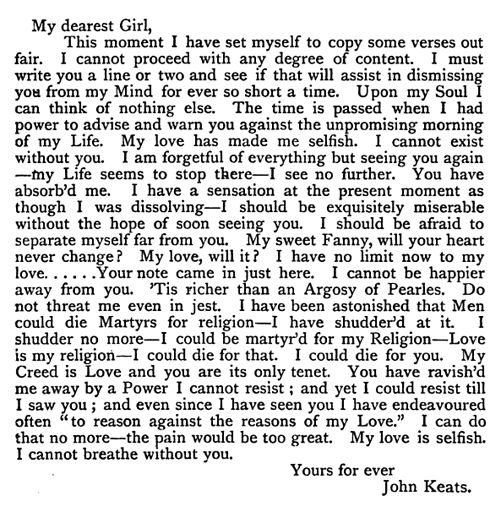 None of Fanny’s letters to Keats survive. From his, however, it seems he was often unsettled by her behavior and uncertain of her affection. 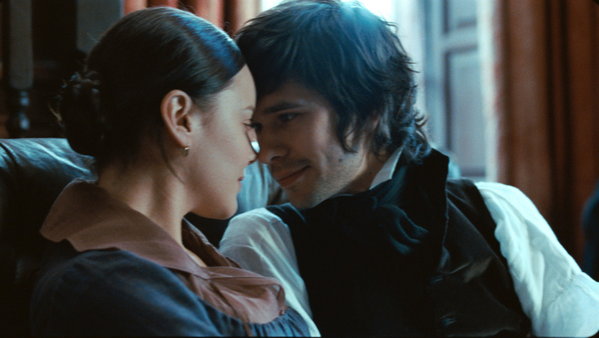 They were meant to be soulmates, but John did not like Fanny from their first meeting.  Quite the contrary.  They first met in the autumn of 1818, but John did not think of any romance at the time, he was very skeptical and too absorbed in his own writing.

‘Is it not extraordinary? When among Men I have no evil thoughts, no malice, no spleen – I can listen and from every one I can learn – my hands are in my pockets I am free from all suspicion and comfortable. When I am among Women I have evil thoughts, malice, spleen – I cannot speak or be silent – I am full of Suspicions and therefore listen to no thing – I am in a hurry to be gone – You must be charitable and put all this perversity to my being disappointed since Boyhood – ….I must absolutely get over this, – but how? The only way is to find the root of the evil, and so cure it.’

John Keats, in a letter to Benjamin Bailey, July 1818

‘Nothing strikes me so forcibly with a sense of the rediculous as love – A Man in love I do think cuts the sorryest figure in the world – Even when I know a poor fool to be really in pain about it, I could burst out laughing in his face – His pathetic visage becomes irresistible.’

John Keats, in a letter to his brother George, September 1819

When John Keats first met Fanny Brawne he wrote to his brother and sister in-law:

She is about my height – with a fine style of countenance of the lengthen’d sort – she wants sentiment in every feature – she manages to make her hair look well – her nostrils are fine – though a little painful… but she is ignorant – monstrous in her behaviour, fling out in all directions… I was forced laterly to make use of the term Minx – this is I think not from any innate vice, but from a penchant she has for acting stylishly – I am however tired of such style and shall decline any more of it. 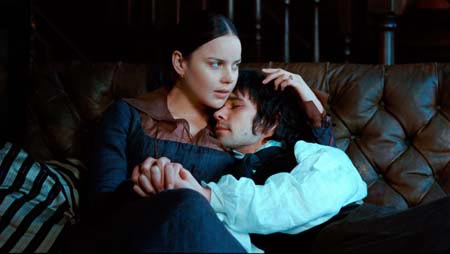 Within a year, he would be writing of Fanny in different terms:

Pillowed upon my fair love’s ripening breast, To feel for ever its soft swell and fall awake forever in a sweet unrest, still, still to hear her tender-taken breath 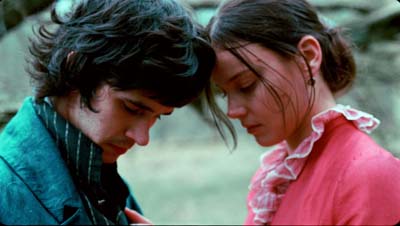 They were completely in love, but many obstacles stood in their way: his poor financial standing prevented him from proposing; his friend Charles Brown believed Fanny represented a potential danger to John’s career (Charles did not consider Fanny John’s equal); John’s poor health.  Yet, their love did not relent.  When in the summer of 1819 Brown and Keats left Hamstead for a writing retreat on the Isle of Wight, Keats and Fanny were separated and he wrote:

Ask yourself my love whether you are not very cruel to have so entrammeled (limited) me, so destroyed my freedom…I almost wish we were butterflies and liv’d but three summer days – three such days with you I could fill with  more delight than fifty common years could ever contain. 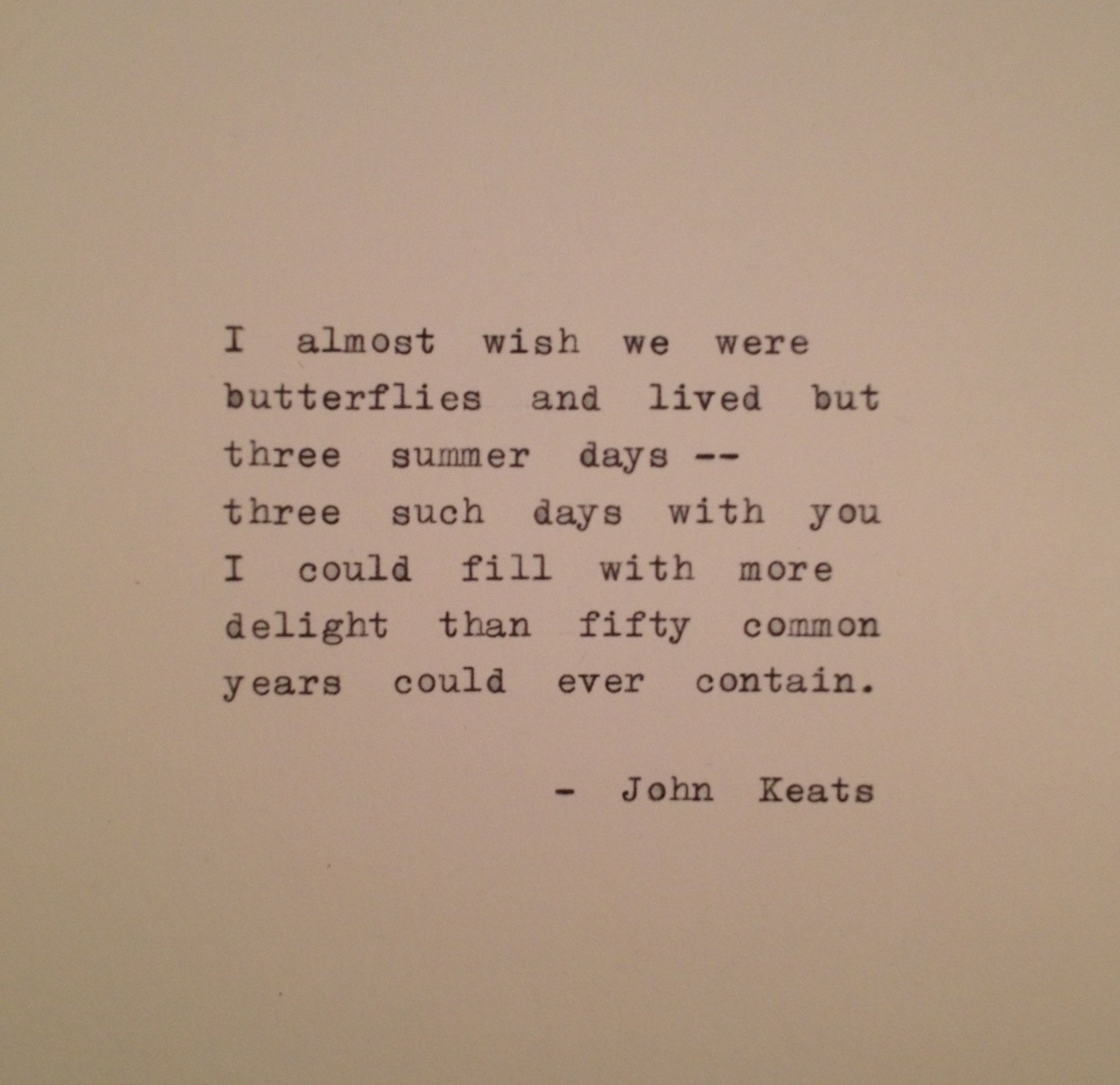 In mid-October, after having re-met, he writes:

I cannot exist without you.  I am forgetful of everything but seeing you again…You have absorb’d me.  I have a sensation at the present moment as though I was dissolving.

When Keats fell seriously ill in February 1890, Keats was kept away from Fanny because the doctor believed love frustration was affecting him negatively.  They communicated by notes and Fanny showed herself in the garden while he convalesced inside.  After his momentarily recovery, Fanny’s mother Mrs Brawne took pity and allowed him to stay with them until he left for Rome.  She accepted that Keats and Fanny had become engaged and promised that when Keats returned they could marry.

His illness brought them closer

If illness makes such an agreeable variety in the manner of your eyes I should wish you sometimes to be ill. I wish I had read your note before you went last night that I might have assured you how far I was from suspecting any coldness: You had a just right to be a little silent to one who speaks so plainly to you. You must believe you shall, you will that I can do nothing say nothing think nothing of you but what has its spring in the Love which has so long been my pleasure and torment. On the night I was taken ill when so violent a rush of blood came to my Lungs that I felt nearly suffocated – I assure you I felt it possible I might not survive and at that moment though[ t] of nothing but you – When I said to Brown ‘this is unfortunate’ I thought of you – ‘T is true that since the first two or three days other subjects have entered my head – I shall be looking forward to Health and the Spring and a regular routine of our old Walks. Your affectionate
J.K –

When he left for Rome, they were engaged and deeply in love.

This moment I have set myself to copy some verses out fair. I cannot proceed with any degree of content. I must write you a line or two and see if that will assist in dismissing you from my Mind for ever so short a time. Upon my Soul I can think of nothing else – The time is passed when I had power to advise and warn you again[s]t the unpromising morning of my Life – My love has made me selfish. I cannot exist without you – I am forgetful of every thing but seeing you again – my Life seems to stop there – I see no further. You have absorb’d me. I have a sensation at the present moment as though I was dissolving – I should be exquisitely miserable without the hope of soon seeing you. I should be afraid to separate myself far from you. My sweet Fanny, will your heart never change? My love, will it? I have no limit now to my love – You note came in just here – I cannot be happier away from you – ‘T is richer than an Argosy of Pearles. Do not threat me even in jest. I have been astonished that Men could die Martyrs for religion – I have shudder’d at it – I shudder no more – I could be martyr’d for my Religion – Love is my religion – I could die for that – I could die for you. My Creed is Love and you are its only tenet – You have ravish’d me away by a Power I cannot resist: and yet I could resist till I saw you; and even since I have seen you I have endeavoured often “to reason against the reasons of my Love.” I can do that no more – the pain would be too great – My Love is selfish – I cannot breathe without you.

Yours for ever
John Keats

Destiny came in their way, though.  When in Rome he did not write to Fanny, but to his friend Brown he wrote:

I can bear to die – I cannot bear to leave her…My dear Brown, what am I to do? Where can I look for consolation or ease? If I had any chance of recovery, this passion would kill me.

(from “Love Letters and Poems of John Keats to Fanny Brwne”, Penguin Books)

It is time now for  your creative contribution.

You are the contemporary John or the contemporary Fanny, in the following Padlet write what love is to you, what you feel for your beloved.  Then choose a painting and a song that best encapsulate your feelings for your soulmate and explain them.

Benjamin Zephaniah, poet in residence at Keats House, said that the poet and his romantic colleagues had a big influence on his poetry.  He said: “A poet told me I was a romantic, like Keats. At the time I just thought romantic poets were people who wrote poems about love and women.

“But now I think I do have a lot in common with Keats – we both dream of a better world and we both believe that words can change things.  “They might not start a revolution, but they affect people and those people, they can change things.” 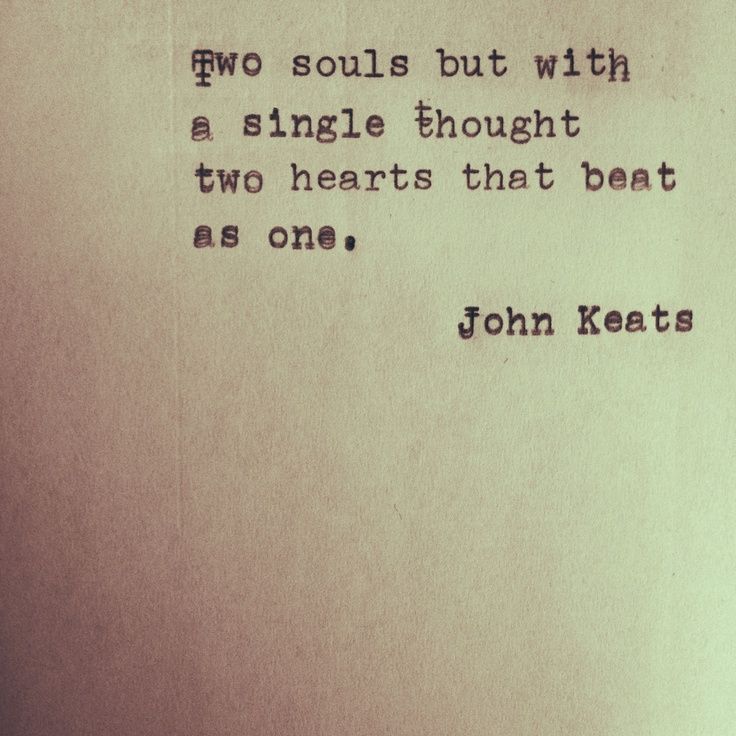 “I wish to believe in immortality-I wish to live with you forever.”