TAKE A STAND AGAINST BULLYING

– these are all things that young people shouldn’t have to deal with, but do. We use the term ‘bullying’ to describe this kind of behaviour. Other people might call it ‘harassment,’ ‘abuse,’ ‘meanness’ or ‘drama’.

Whatever you choose to call it, bullying is very harmful
and happens all too often.

Being the target of bullying can be hurtful, scary, and isolating. It can also be upsetting to be a witness to bullying. Even though it’s difficult, remember: you’re not alone, and there are ways you can keep bullying out of your life.

If you want to know something about cyberbullying, here you go!

Watch the following video and quickly jot down some adjectives to express your feelings and emotions while watching it.  You can use your mother tongue should you find yourself at a loss with the right words!

Now look what a student did to defend her friend from being bullied and to raise awereness to the “wounds” words can cause.  Do you find it effective?  Why (not)?  What would your video be like if you were asked to take your stand against bullying?

We read the short story “The Bully” by Ian McEwan (from The Daydreamer).  We saw how blurred the line is between being a bully and becoming a bully.  Some bullied students may resort to the same tacticts of abuse (verbal and physical) used by a bully to defend themselves, but by doing this they turn into bullies themselves, they become what they initially dreaded most and wanted to fight.  There are different steps you can take to stop being bullied and you learnt about them from the many webpages dedicated to them.  I would love you to take a stand against bullying by means of writing a poem and making a video of your own.  What follows are examples of what you could possibly do.  The poem will be an individual piece of work, whereas the video will be a “collective production”! (i.e. you will work in groups).

Let’s start by taking a step at a time.  First thing first, visit this webpage and choose a poem and say why you chose it.  (Copy and paste the poem in your comment space).  My choice is the following; I chose it because it makes it clear where you can bump into bullies (playground, street, etc.), the typical behaviour of a bully (punch, stamp), the reaction of the bullied (slave), and what you should do (stand up).  Finally I liked the similes Chloe divised to refer to your inner strength and your special qualities as a person:

Bullies in the playground,

Bullies in the street.

They’ll punch you in the stomach,

They’ll stamp on your feet.

They’re not the boss of you.

Cause they can’t tell you what to do!

Stand up to your fears,

Act the bully back to them.

You’re not the weak, mild, petal, 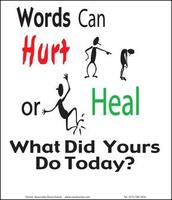 We saw the words of abuse a bully uses and the way these words hurt.  Look at the following social ad, what are the words the bullies use against their victim?  How did you feel after having watched the video?

Kaylynn made this poem because she wanted to show how she felt about bullying. Some of her close friends were bullied and she wanted everyone to know what it is like to be bullied. What would you do if one of your best friends were bullied?  Who is the poem addressed to? How do you know? What are the things a bully does Kaylynn  despises? Is there a turning point in the poem? If so? Where?

You should know, bullying hurts.
It starts with one word, one word you blurt.
Fat, ugly, worthless. These are the words they hear.
Did you know, your their biggest fear?

Day by day you torment them,
it takes so long for their hearts to mend.
All they ask for is one true friend,
but you make them want their lives to end.

Everyday they wake up with regret,
all they want to do is forget.
It’s not just hitting and punching, it’s the words you say,
they hurt so much, they want to fade away.

This is when enough is enough,
they’re sick of playing strong, sick of playing tough.
But they know they can make it through,
you may not have known, but they always knew.

They put on a fake smile and pretend they’re okay,
they believe they can make it all the way.
Of course your words still offend,
but they have been pieced back together again.

Someone leaves the crowd and lends them a hand,
they learn that it’s time to stand.
Their smile is no longer fake,
now they have no reason to ache.

You see, all they ever needed was a friend,
someone to stand by them when the bullying came again.
Now they are free,
the insults barely sting, don’t you see?

The bully is never wanted, unless wanted to leave,
The person you bullied now has no need for long sleeves.
Your work here is done, not that it should of started,
now who’s the one who feels broken hearted?

Bullying gave you power, that they refused to give,
you can’t help but wonder ”what if”.
What if they didn’t get so strong?
What if they were crumbled all along?

What you don’t think of, is what could of been,
what if they pulled the razor to their skin?
What if you pushed them too far,
to where they tied a rope around their collar.

What if they wrote down all the secrets they had to spill,
right before taking an overdose on the pills?
You don’t know what could of been done,
you were doing it all for fun.

You think they’re losers, but they’re stronger than you,
have you seen what they’ve been through?
With your words you gave a black eye,
they are leaving, bully, so say your goodbye.

But one more thing before you go,
did you enjoy my little show?
Remember, words can hurt more than the punch,
Believe me now? Cause this was just a hunch.

Always think about how that person feels

Think before you speak

Imagine you were that person

Laugh with someone NOT at someone

Look out for your friends

You’re a bully if you leave someone out

You can take a stand against bullying also by writing a song or devising a video.  Watch the following anti-bullying PSA Music Video created by students and graduates of Pinellas County Schools:

What would your script for a video against bullying be like?  What soundtrack would you use? Who would your actors be? If you are good at music, what would your lyrics be like?  Think of a possible tune and an effective refrain (=ritornello).

A friend posted the following video on her Facebook page and since it is really something and it can spark your imagination in the shooting of your own video, I sugest you watch it.  What are these young people being bullied for?  Do you identify with any of them? What is the effect of the image at the end of the video? (= the girl crying)  What about the final slogan? What do you think of it? Go to the youtube page (double click on the video) and read the comments to the video.  Why don’t you write one yourself? 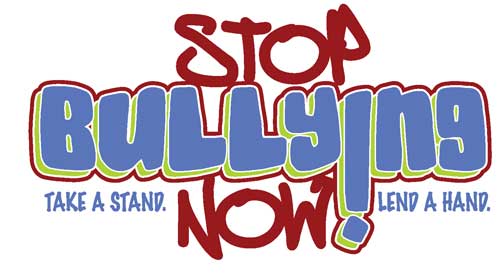 The antidote to pain, to any form of evil and thus to bullying is learning to LOVE.  I would like to dedicate this song to you.

28 Responses to TAKE A STAND AGAINST BULLYING