Posted on November 9, 2013 by cristianaziraldo 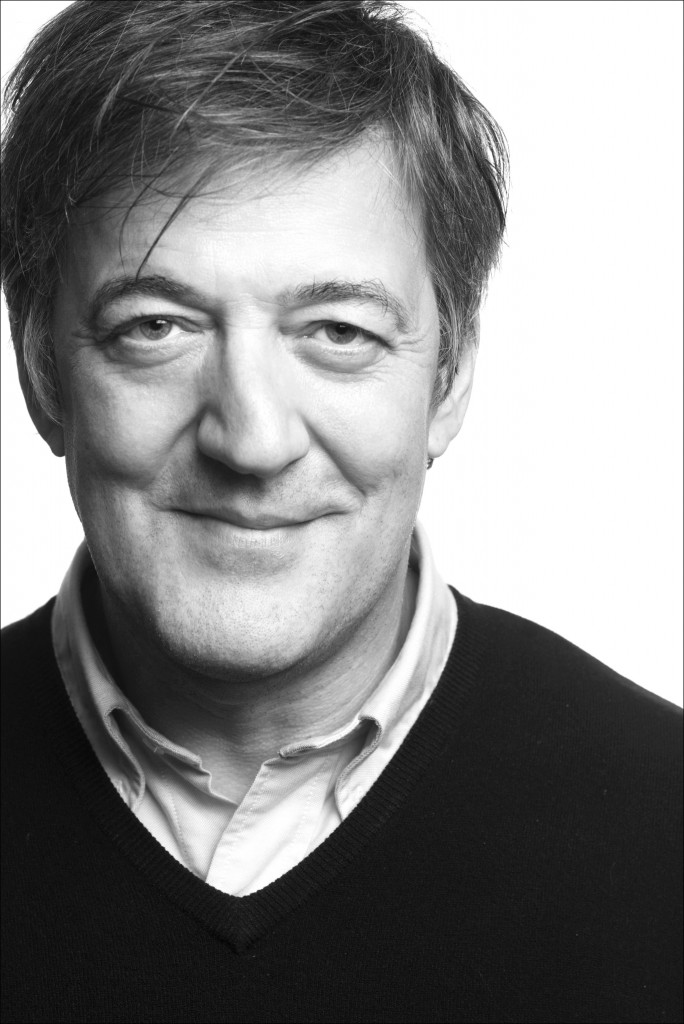 We read the wonderful piece by Stephen Fry entitled “Have you Heard of Oscar Wilde?” (published in the book, “The Library Book”, Profile Books 2012), which links to the post on “Flying Books” (the pleasure of reading) and your project area on homosexuality.  As you appreciated Stephen Fry’s writing, I think you will certainly appreciate the two following videos.  Watch them and for the first one you can be assisted by the tapescript.

For the BBC Stephen Fry looks at what it means to be gay in different corners of the world.  Stephen Fry reflects back on just how much has changed for gay people during his lifetime. He meets Elton John and David Furnish, the couple who inspired Stephen to be open about his sexuality as well as many others. Stephen travels to Uganda, where the government is considering a new law that would make homosexuality a capital crime – putting gay people to death for their sexuality. Stephen meets the men and women targeted by this proposed law and finds out the impact it is already having on their lives. Stephen also travels to the USA to explore ‘reparative therapy’, which claims to offer a ‘cure’ for being gay. Whilst in the states, he looks at how Hollywood deals with the gay issue by talking to Neil Patrick Harris, an openly gay man who continues to land leading roles.

Nicolosi describes being gay as based on “trauma” and as something that can be “resolved” through the therapy he offers — for $140 a session. But perhaps the most devastating revelation in the segment is when Nicolosi tells Fry that more than 60 percent of his clients are teenagers. A growing number of states – including California, where Nicolosi practices — have banned “ex-gay” therapy for minors, citing its harmful impact and well-documented abuses among practitioners.

Fry also speaks with one of Nicolosi’s former “patients,” who, surprise, is still gay and now campaigns against the dangers of “ex-gay” therapy.

Several things Nicolosi says about his practice, which attempts to exorcise his patients of homosexuality, ring false even for someone whose expertise lies not in a medical degree but his own gayness. Nicolosi says he believes that homosexuality is a product of nurture, as if nurture is extricable from nature to begin with, and as if an event that could shape the structure of how one loves isn’t as fundamental to that person’s existence as any genetic code.

He says that his organization believes that being gay is “based on trauma.” I am lucky to have had none as a child—until other kids decided I was gay and ridiculed me for it.

He says that in boys, homosexuality is rooted to the father and his failure to deliver the “three A’s: attention, affection, approval.” I received all three from my father—not always, not for everything, but often enough so that I never doubted their existence even in their immediate absence.

Explaining his reasons for wanting to do the documentary, Stephen said it was down to him wanting to see the attitudes towards homosexuality from some of the biggest countries in the world.

“I know to some it can seem something that one bores on about, the nature of being gay and the acceptance in society of gay people,” he said.

“At the moment around the world, we seem to be taking a step forward as we are in Britain – just allowing people to get on with their lives and their loves – and in other parts of the world, two steps are being taken back so I wanted to take a kind of snapshot of what it was like around the world at the moment in various big important countries and it was fascinating.”

the star also reflected on those in the public eye who hide their sexual orientation, saying: “It’s very difficult, I have actor friends who are gay whose British agents say it’s fine and whose American agents say ‘you come out, you’re dead’.

“I did interview an extraordinary man whose job is to ‘de-gay’ people’s accents.”

Asked about his own love life, Fry revealed: “I have [got love in my life] I’m happy to say. That’s what it’s about, people are obsessed with the fact that being gay is about sex but it is about love and that’s the point.”   (Source: http://www.mirror.co.uk)

Dealing with the theme of homophobia and the general rejection of the idea of a person’s right to choose for their sexual inclination forces us to deal with the terrible crime of “corrective” rape, a crime that happens in Italy as it does in other parts of the world.

Stephen meets a Ugandan lesbian whose life has been horrifically altered by ‘corrective’ rape.

The brutality, ignorance, stupidity and horror that these videos reveal are mind-boggling and leave me speechless.