Music as a way to fight back prejudice against homosexuality

Posted on December 15, 2013 by cristianaziraldo

Many artists these days use words such as “gay, fag, faggot, and homo” in their music to refer to people they don’t like by emasculating them. In this example, these words are rarely used to refer directly to homosexuals but usually to people they think less of. Macklemore points out the problems with this later in the verse.

He is saying that “faggot” is such a powerful hateful word. However, people in the rap game use this word like it doesn’t matter, thus encouraging the climate of homophobia that they claim to deny

Refer to this webpage to read about some artists that sang homophobic songs.  Some of them are not against homosexuals, but they use homophobic slurs in their songs.  Why?

Watch the video and be prepared to express your opinions.  Would you listen to Eminem’s song?  Why (not)?

If you were asked to think of a Gay Anthem, what song would you choose?  Why?

Why do you think there are songs that are considered to be gay anthems?

Listen to the following.  Why is it one of the most well-known gay anthems in your opinion?

Diana Ross’s “I’m coming out” has been identified an unofficial gay-pride anthem.

I’m coming out by Diana Ross

A gay anthem is a song that has become widely popular among, or has become identified with, the gay community, as referring to homosexual men, but some of these songs may also become anthems for the rest of the LGBT community.

The lyrics of gay anthems are often marked with hope against the odds, pride, unity, or defiance

Although every song is individual, the criteria for what makes a gay anthem has shown a trend among the years. In the book Queer, the following ten main themes were listed that are common among many, if not all gay anthems:

You are not alone

Throw your cares away

Songs about a welcoming promised land where the dream of acceptance and belonging and hope lives.

Tales of not giving up on love despite seemingly insurmountable odds.

You may find this webpage interesting

What about “Beautiful” by Christina Aguilera?

“Beautiful” has been widely embraced as an anthem by the LGBT community for its message of self-empowerment and inner beauty. An accompanying music video was directed by Jonas Åkerlund, and earned Aguilera a GLAAD Media Award for its positive portrayal of gay and transgender people. In 2011, UK LGBT rights organization Stonewall named “Beautiful” the most empowering song of the previous decade for gay, lesbian, and bisexual people.

“Why?” is a single from the British synthpop trio Bronski Beat and appeared on their 1984 album The Age of Consent today considered a popular gay anthem.  The song  lyrics focus on anti-gay prejudice.

The song addresses key issues in 1980s LGBT culture. It addresses family rejection for being homosexual and homophobia in British society. It also deals with loneliness and bullying through societal and familial rejection.

An official music video was shot and released later in 1984. The narrative video features band member Jimmy Somerville as the boy who has experienced the issues described in the lyrics. Seen on a train, he is contemplating his childhood through flashbacks and the events that have caused him to leave his parents’ home.  At a swimming pool, his friends (played by band members Larry Steinbachek and Steve Bronski) dare him to approach a young man that he is attracted to, for which he is later attacked in an alley by a homophobic gang led by the man he approached at the swimming pool. A police officer brings him back to his home. It is implied that the boy’s parents learn of his homosexuality for the first time through this incident and are shocked, but only the father seems unsupportive. The boy then catches a train to London, on which he is reunited with his friends.

What is a gay icon?  Do you know of any? 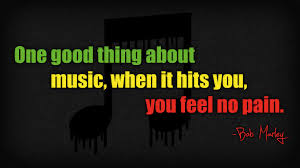 What role does music paly in your life?  Have you ever listened to a song (understanding the lyrics) that made you think of an issue you had not considered deeply before?  Do you think music can be an effective way of spreading words of wisdom, peace, equality, understadning, etc.? Why (not)?  Can you think of any song that achieves this?  If you were asked to choose a song that reflects your view of the world, the kind of person you are or your would love to be, what would that song be? Why? 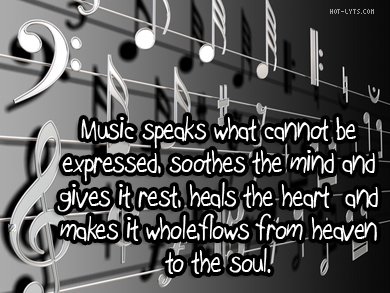