Watch the short video and answer the following questions:

–          What personal information do you get to learn about Ishamel?

The following interview is very thorough and it reveals us lots of things about Ishamel Beah’s life.

He  tells a powerfully gripping story: At the age of twelve, he fled attacking rebels and wandered a land rendered unrecognizable by violence. By thirteen, he’d been picked up by the government army, and Beah, at heart a gentle boy, found that he was capable of truly terrible acts. At sixteen, he was removed from fighting by UNICEF, and through the help of the staff at his rehabilitation center, he learned how to forgive himself, to regain his humanity, and, finally, to heal.

My new friends have begun to suspect I haven’t told them the full story of my life.
“Why did you leave Sierra Leone?”
“Because there is a war.”
“You mean, you saw people running around with guns and shooting each other?”
“Yes, all the time.”
“Cool.”
I smile a little.
“You should tell us about it sometime.”
“Yes, sometime.”

This is how wars are fought now: by children, hopped-up on drugs and wielding AK-47s. Children have become soldiers of choice. In the more than fifty conflicts going on worldwide, it is estimated that there are some 300,000 child soldiers. Ishmael Beah used to be one of them.

What is war like through the eyes of a child soldier? How does one become a killer? How does one stop? Child soldiers have been profiled by journalists, and novelists have struggled to imagine their lives. But until now, there has not been a first-person account from someone who came through this hell and survived. 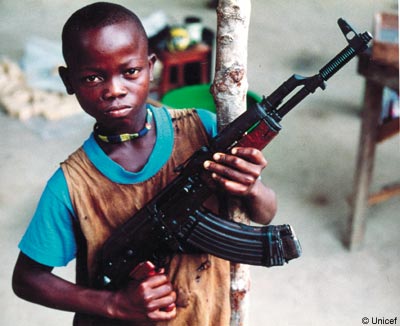 The average person in Europe knows very little about child soldiers in the world.  We think this “plague of the heart and  soul , of the mind and the body”  hits Africa only.  Look at the following footage and learn a bit more about this stark reality.

Ishmael mentions the terrible conditions of child soldiers and the demobilization and rehabilitation steps are mentioned.  If you want to know more about the way a child soldier can move back to a “normal” life, see the following webpage:

In A Long Way Gone, Beah, now twenty-five years old, tells a riveting story: how at the age of twelve, he fled attacking rebels and wandered a land rendered unrecognizable by violence. By thirteen, he’d been picked up by the government army, and Beah, at heart a gentle boy, found that he was capable of truly terrible acts.

This is a rare and mesmerizing account, told with real literary force and heartbreaking honesty.

You can get to know more about the life of the author, you can have access to his webpage and his twitter page (really worth looking at it, beautiful images) by clicking on the link below.

Then, should you want to get a taste of the language “A long Way Gone” is written in, start from this excerpt.

I was personally struck by the reading of this book and I am even more amazed at the resilience and stamina this young man has proven to have in his life.  He came to terms with his war experience, he wrote about it to sensitize the public opinion of the appalling conditions soldier boys are subjected to, of the hellish existence, or better, non-existence, they are obliged to live.  On top of that he managed to set up an organization to help young people like him overcome the trauma of an unwanted war.

Different young people from all over the world came up with different projects to sensitize people to the issue of young children being kidnapped to be turned into “killing machines”.  Which project do you like best? What would you personally do to spread your knowledge of child soldiers, to protest against the abuse of childhood and adolescence to fight wars?

15 year old Madeleine came to the UN to testify about the horrors of life at the hands of Thomas Lubanga as a Child Soldier.

This project compares the differences in living conditions in different part of the world.  I constantly ask myself and tell my students: how come I was born in a condition of serenety and democracy.  As a child did I deserve better than other kids in the world.  Obviously the answer is no and I would add that it is just by sheer luck that I was born free, I could study, and I could be brought up in a country that safeguarded my rights as a child and now as an adult woman (regardless of all the contradictions any state and country reveals).  The only thing as a teacher and educator I could do was that of asking you, my students, to read this memoir and think about an issue (child soldier) so distant from our own lives. 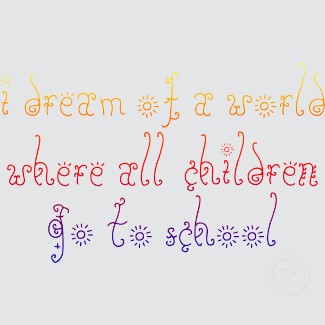 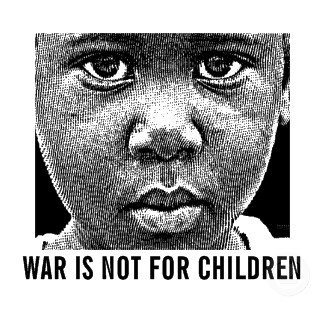 Leonard Cohen’s words pierced my mind.  The line “there is a crack in everything” made me think of the cracked mind, soul and body of a child soldier.  I think that we can all make a difference by contributing to child soldiers’ heart being filled in with our cry “we care”.  So please donate and help them.  I did it! Follow my suit.  You can well renounce topping up your mobile phone for a week, it is just $ 10 but what is little for us makes a great difference in the cracked heart of a former child soldier.  Let’s help them recover from the emotional disasters that wars “brand” in them.

We can all contribute to helping with the rehabilitation of child soldiers.  Make your contribution, make a difference. 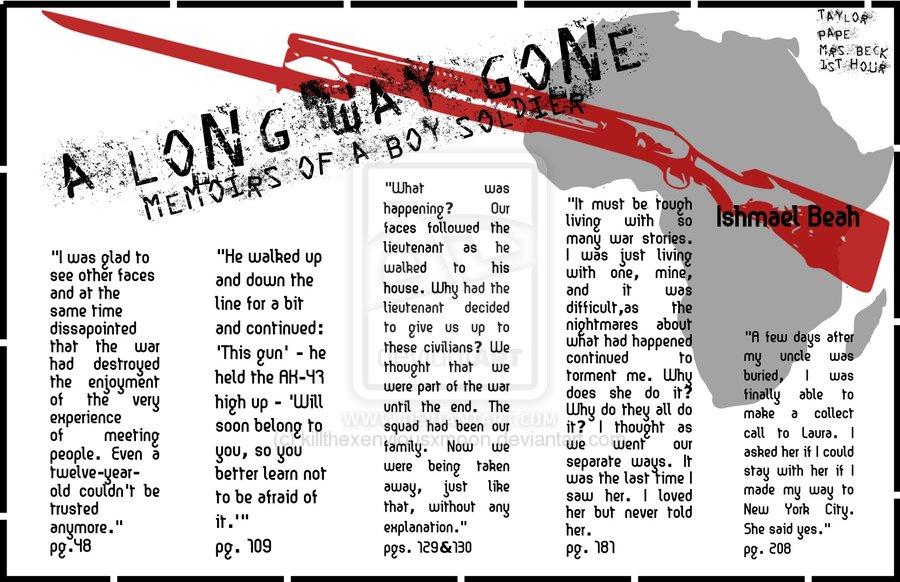 Who are child soldiers?

The Coalition considers the term child soldier to be equivalent to the following description of children associated with armed forces or groups:

person below 18 years of age who is, or who has been, recruited or

used by an armed force or armed group in any capacity, including but

not limited to children, boys and girls, used as fighters, cooks, porters,

spies or for sexual purposes. It does not only refer to a child who is

taking, or has taken, a direct part in hostilities. 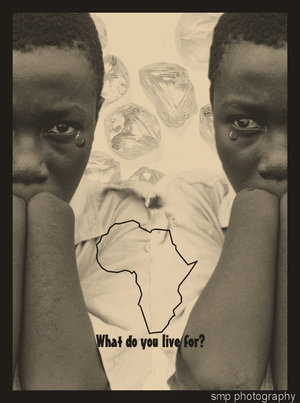 Face to face with Joseph Kony

47 Responses to A Long Way Gone