Homophobia through some images and more

Look at the following images.  Write down your reactions, just words, no sentences.  Then string the words together so that you can write a poem thanks to which you can raise your voice against the discrimination of homosexuals. 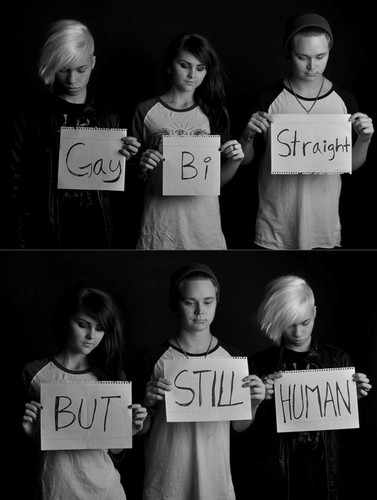 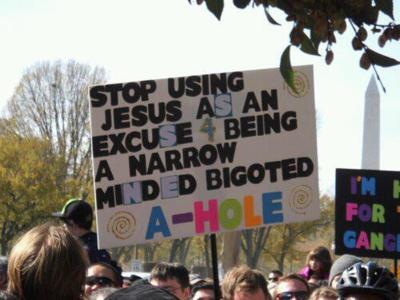 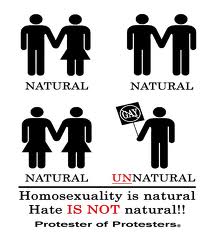 In this social add you see how the word “gay” is used to mean “stupid” and “uncool” and how it is used almost unconsciously without thinking that it is a word of abuse and offence when used to deride, mock, belittle something or someone. What is the other strong message you get from this ad? It would be interesting for you to focus on how language developed to mean something else: in other words how did the word gay develop from being an adjective meaning “happy” to referring to a homosexual to referring to something stupid? What may be read as alarming in way words are distorted? Bear in mind the creation of Newspeak in Geroge Orwell’s “Big Brother”. What if one day the word “heterosexual” came to be considered the taboo word? Look at the following video and jot down your reactions to it. You will realize that they may change from the beginning to the end.

So what do you think of this video? Some of you responded skeptically at the beginning of it. Some of you read it as offensive towards homosexuality. Is this first reaction of yours still the same or has it changed by the end of the vidoe?
What is the message underpinning it? Gry to go beyond the final slogan that make the message blatant. Try to dig a bit and add something more.
The video is about violence, an esclation of violence. It is about bullying, cyberbullying, bashing (in this case of a heterosexual, but obviously it stands for gay bashing), it is about, fear, loneliness, self-denial.  It is about prejudices, stigma, pressure coming from family memebers, friends and the community at large.  It is about words of slander and abuse, it is about tensions and fights at home.  It is about feeling cornered, cut out.  It is about desperation and suicide.

The video is even more powerful when hatred and violence come from children.  Why?

Another buffling element is the fact that diversity is strengthened in the places where we should receive love and we should be taught understanding: the family, school, your community and also the church.

Watch the documentary on homosexuality and write down in what way the wrong use of the Bible and a “blind” and “distorted” approach to it can breed violence towards people with a sexual orientation other from heterosexuality.  Pay attention to the political figures, to the use of rhetoric, to the preachers.  Lots of their words reveal a homophobic approach that bring about violence and hatred, the oppositve of what we should receive in a religious context.

Marini Sara found and analysed a film entitled “Geography Club”, which deals with the issue of homosexuality.  Look at her power point presentation.

This entry was posted in Homophobia, Our School Projects. Bookmark the permalink.