Get to know the writer by watching this introductory video first:

What are the questions you would like to ask the writer?

Born and raised in Birmingham, England.  Rejecting the appointment as an officer of the Order of the British Empire in 2003, Zephaniah wrote:

Me? I thought, OBE me? Up yours, I thought. I get angry when I hear that word “empire”; it reminds me of slavery, it reminds of thousands of years of brutality, it reminds me of how my foremothers were raped and my forefathers brutalised. It is because of this concept of empire that my British education led me to believe that the history of black people started with slavery and that we were born slaves, and should therefore be grateful that we were given freedom by our caring white masters. It is because of this idea of empire that black people like myself don’t even know our true names or our true historical culture. I am not one of those who are obsessed with their roots, and I’m certainly not suffering from a crisis of identity; my obsession is about the future and the political rights of all people. Benjamin Zephaniah OBE — no way Mr Blair, no way Mrs Queen. I am profoundly anti-empire.

We are going to analyse some poems by Benjamin Zephaniah. Before we do, have a look at his webpage and browse it freely. What are the things that struck you because you did not know them before?

What do we need most in life? He thinks we need people. What do you think he means by this?

Let’s deal with the poem presented in the introductory video to Benjamin Zephaniah: “Talking Turkeys”.  Listen to the poet recite the poem and follow from the text.  Underline all the spelling variations you can spot.

Now read another poem “People will always need people” and watch the video.

Now watch the performance of the poem “Money”, included in City Psalms (1992). It would help if you printed it.

Have you evern wondered about your national identity?  What does being Italian mean?  What does being British mean?  How do you think Italians are different from Brits? What are the stereotypes of an Italian?  of a Brit?

Now let’s proceed with another poem, entitled “The British”.

The poet discusses the issue of racism and multiculturalism. Watch the video and take notes. He also recites and mentions some poems we will analyse at a later stage.

Now you will have some fun watching the following video written by the poet himself. Why do you think he decided to shoot it? The analysis of some of his poems has certainly given you the necessary means to go beyond the face value of the video. It tackles … it is rich in intertextual references, such as….. because he wants to emphasise that…

Look at the two covers of the novel “Face”.  Which one do you like better? Why? 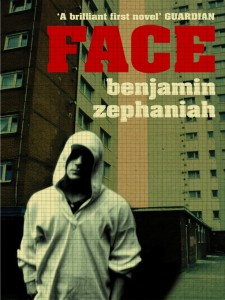 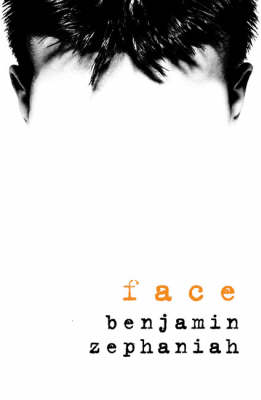 Read the following review written by a teen student, just like you.  It is taken from www.teenink.com

Do you like your face? Well, I like mine and so did Martin until he was walking home from a club with his three friends–The Group of Three. They were walking home through a bad part of west London and Martin and his friend Matt accepted a ride from two drug dealers who had been shooting up on heroine. They get in a crash and one of the dealers is killed and the other is arrested. Matt pries himself out of the car with a few broken ribs, but Martin is not so lucky. The car explodes in a big ball of fire, and Martin’s body is severely burned, but mainly it’s his face that is the problem. Martin blacks out and wakes up in the hospital a few days later. He can barely feel his face and he has troubles moving. In fact, he can barely move at all at first except for his fingers. His parents come to visit him in the hospital, and as soon as he wakes up his mom breaks down in tears and starts crying her eyes out. His dad on the other hand, who is normally very quiet, seems to be now completely lost for words, except for the occasional muttering to say he’s sorry. He sees therapists and doctors as well. A few days later his friends and girlfriend Natalie come to visit him. It’s his two best friends and his girlfriend, and Martin still describes it as one of the most awkward times he has ever had. He then gets facial reconstruction surgery, and although his face looks better, it will never look as it did before. So, after that Martin decides to go back to school for the beginning of the new term, and him and his friends drift apart, and him and Natalie just break up. He also gets in a couple fights and has a hard time adjusting to things at first. Then, at the end he realizes he can be who he is, regardless of how he looks. So I would say the moral of the story was a restatement of the phrase “You can’t judge a book by its cover.” Overall I would give the book four out of ten, because it just didn’t seem very realistic to me or pull me into the story. In the section of reality the names in the story just seemed fake to me, whether it was the ridiculous names of the music and the clubs and raves, or if it was just Martin, the whole thing just seemed way to sugarcoated and cheesy. I would recommend the book to a younger audience, then, because maybe it would seem more real to them.
Do you like the way the review was written? Why (not)?
What are the features of a book review?
Do you agree with the reviewer’s response to the book? Why (not)?
Watch the book trailer and say whether you like it or not.
Then think of what a book trailer should have to invite the viewer to buy and read the book.
What would your booktrailer be like?

What role do creative pursuits like poetry and art have to play in the current climate of global poverty, conflict and economic hardship?
When people ask me, ‘Are creativity and art and poetry relevant in political struggles?’, I used to say, ‘Go and ask Mandela. He knows the importance of poetry and arts in the struggle against apartheid.’ I’ve seen lots of liberation struggles where poets have said, ‘I don’t want to write anymore; I want to go and fight.’ And the revolutionaries have said: ‘No, keep writing, because we need you! We need our poets.’ People need somebody to articulate what the struggle is about. Politicians can get on a soapbox and say that we dream of a better land and all that stuff, but poets can visualize it better and put it into words and into the imagination of the people in a much better way than politicians can.
One of the political issues you’re most passionate about is racial equality. Are you encouraged by the level of progress that has been made in your lifetime?
I always get worried that if we say ‘nothing’s changed!’, people will go: ‘you’ve got a black president!’ And if we say ‘we’ve got a black president!’, then they’ll say: ‘but somebody’s just died!’ So you see what I’m getting at? There is a black president in the US, but you’ve still got racist people.
But things have moved on, there has been progress in some ways. I remember the days when in Britain you never saw black people in the media; now you do. And now we have a black British person [Steve McQueen] making a film – 12 Years A Slave – that’s mainstream, that Hollywood has recognized. So that’s progress.
But for a 16-year-old black kid in London, who’s walking around with baggy trousers, who may just want to hang out on the streets because that’s where the girls are… when he is stopped by a cop and asked: ‘What are you doing here?’, and he says: ‘I’m just looking for girls, why do you want to search me?’ – that’s when the tension starts. You can’t go up to that kid and say ‘well, Barack Obama is president!’
We’ve talked a lot about human rights. But are animal rights equally important to you?
One of the things that frustrate me is that in the human rights world, I know some people that are not really into animal rights, and vice versa. They say they are, but you know they’re not really active. I think you make a better case when you’re active, especially now when it comes to the environment and how important the environment is to us. And that means animals and land and humans. But yeah, I’m as passionate about animal rights as I am about human rights and I do think they overlap and connect.
Are you optimistic about the future of humanity?
Yes. This is something that I can’t really explain, and maybe it’s the spiritual part of me. I do think in the end that good will overcome evil. And if I didn’t, I would just give up. I would make a lot of money, I’d take my poetry and I’d concentrate on doing rap or something like that and get lots of girlfriends and just have a good time. But I want to contribute to good in the world.
I do really believe that good will overcome evil. And it’s so nice when you see good. Sometimes I’m amazed at some of these people that go to war zones and do medical work. I’m not talking about the political people; I’m talking about the people that just do humanitarian work helping people. So there are all these evil forces out there, but there are good ones, too, and I think the good ones will win in the end.

Identify the poems we analyzed that touch on the aspects he mentions in the interview. Which question do you like most?Why? What is the most important teaching by Benjamin Zephaniah you are going to take on board and investigate by yourself? I would really love to know. Obviously do not mention anything if the poet has not inspired you in any way whatsoever. Introducing and analyzing a poet in class does not imply that you must love that poet! 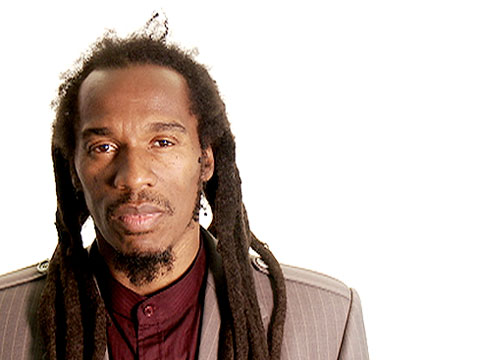 I introduced this writer to my students many years ago, when his first novel was released.  I was told by an English teacher back in England that his writing would appeal to ESL students as much as it appeals to English mother tongue students.  I found his prose “real”, “full of life”, I found the issues dealt with in “Face” close to young people’s interests.  I love his social commitment and his urge to raise people’s consciousness and awareness to themes dear to me too.  I hope you have enjoyed this short journey into Zephniah’s world.  It was just a starter, so you can go on with other dishes if you wish.  You can read his poems, novels, plays or listen to his music.

I would like you to have fun with the subject-matter of the novel.  You know the themes, we discussed the characters.  Now be creative and be inspired by one of the following prompts:

74 Responses to Face by Benjamin Zephaniah