Here you will find the projects you or other students did. I am proud of them.

Posted on April 26, 2015 by cristianaziraldo 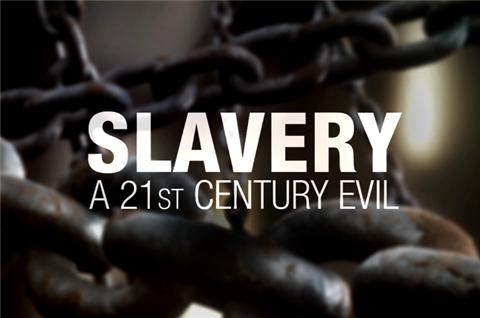 This post is linked to the one on Human Rights.

We will investigate together the issue of Modern Slavery and we will deal with some aspects of it (i.e. human trafficking: domestic labour, sex trafficking, child labour).

SLAVERY IS CLOSER THAN WE THINK

The UK is a country that I visit every year and I did not know that slavery is a hidden shame there too.  Victims can be men, women and children of all ages, and cut across the population. But they are most often the most vulnerable in society.

This short film, produced by the Home Office in addition to its evocative TV advert, tells you how to spot potential victims of slavery in Britain.

The most prominent areas of modern slavery include forced labour, sexual exploitation and domestic servitude – the latter perhaps being the most hidden of all the crimes.  The majority of cases have been people who have been trafficked from overseas and across state borders into the UK, although there are a number of victims who are trafficked within the UK.  Watch the trailer of the film I am Slave, based on a true story.

Click here for cases of modern slavery in the UK.  Read the cases of Fredek, Serena and Albert and become the ambassador of one of them.  How would you sensitise people to make them realise that a modern slave could be just round the corner or living in the same block?

Posted in Our School Projects | 2 Comments