Out of Bounds by Beverley Naidoo

If a place is “out of bounds” you are not allowed to go there.  What is this place like, then?

This is the title of the collection of short stories by Beverley Naidoo.  Click on her name, visiti her official webpage and learn something about this incredible author.  How did she oppose Apartheid? What do all her stories have in common? 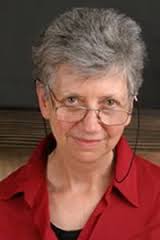 Beverley Naidoo was born in South Africa and began writing in exile in England while a teacher. Her first children’s book, “Journey to Jo’burg”, was banned in South Africa until 1991 but it was an eye-opener for thousands of readers worldwide.

Read the following personal account and say what role reading played in her life.  Do you deem reading as a liberating tool as she does?  When did she start writing and why? Why didn’t she go back to South Africa?  What does “locking up freedom” mean?

Believe it or not, the library at my school was kept locked! I have no memory of going inside and choosing a book for myself. What’s more, when I asked our vice-principal to sign a form so that I could join the Johannesburg city library, she refused. I can still hear her voice with her Irish lilt…

‘And what would you be wanting to read more books for, Beverley? Have you not got enough with your text books already?’

I was puzzled at the time, but later I realised that the nuns who taught me felt that it was their duty to control the books we read. In class, when we read a story, a poem, a novel or a play by Shakespeare, we were told what the author meant. Our teachers told us to write down what they said and learn it. To them, teaching included teaching us what to think. At least I was lucky to have some books at home that I would read for pleasure. I would lose myself in them and my imagination would roam.

This was all a long time ago – more than 50 years – but the idea of keeping young people away from books and controlling their ideas still angers me. You see, I was brought up in apartheid South Africa. I was a white child in a whites-only school and none of my teachers encouraged me to ask questions, let alone question the racism all around us. It’s a bit like we children were little donkeys with blinkers who had to follow instructions from teachers and adults who also wore blinkers.

After I left school, I was very fortunate to make friends at university with people who helped me tear away the blinkers. For the first time, I began to read books that invited me to see the world around me in new ways. I began to realise that for black South Africans the country was like a vast prison and I began to ask the questions that I’d never asked before. What I saw, with my own eyes, was shocking, but at least I was now beginning to choose my own journey. That led to me being locked up in jail for eight weeks in solitary confinement, with no charges. I was still a ‘small fish’ in the resistance to apartheid, but my brother and his friends who challenged the system were locked up for years. Reading and discussing books was important to them because books allowed their minds to travel outside the prison walls. Books helped them keep their minds free!

I started writing when I was living in exile in England and had two children. Their father and I weren’t allowed to return to South Africa where we had both been born. That made us refugees from our home country and I wanted to find a way for our children, and others, to imagine what apartheid was like. If I could tell them a gripping story, they might want to know more… That was the beginning of Journey to Jo’burg, my first book for young people. Once it was published, it quickly travelled around the world in many different languages. I began to receive hundreds of letters from readers telling me their thoughts and asking me questions. But there were no letters from South Africa because the apartheid rulers banned the book until the year after Nelson Mandela was released from jail. Someone could be put in prison or made to pay a fine if they were found with it.

Not having books is not always about lack of money but about what we value. Books are ‘mind food’! One of our most important freedoms is surely to read, imagine, think and ask our own questions about the world. A few years ago I wrote this poem. It arose from thinking about Journey to Jo’burg. It’s also about much more.

Read the poem.  What is is about?  What does the writer mean by “it’s also about much more”?

They Tried To Lock Up Freedom

Two covers have been published for the collection of short stories “Out of Bounds”.  Which one suits the stories better? Why?  If you were asked to draw the cover of the book, what would it be like? 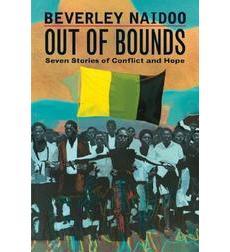