Posted on December 6, 2013 by cristianaziraldo 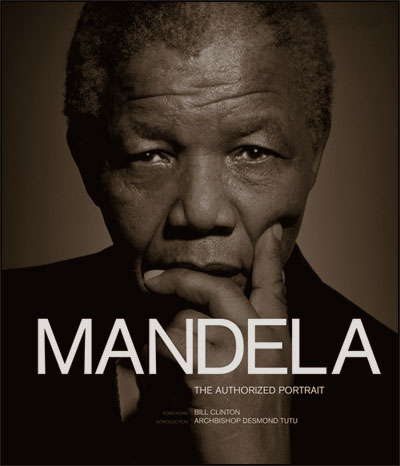 Our deepest fear is not that we are inadequate. Our deepest fear is that we are powerful beyond measure. It is our light, not our darkness, that most frightens us. We ask ourselves, who am I to be brilliant, gorgeous, talented and fabulous? Actually, who are you not to be? You are a child of God. Your playing small doesn’t serve the world. We were born to make manifest the glory of God that is within us. It’s not just in some of us; it’s in everyone. And as we let our own light shine, we unconsciously give other people permission to do the same. As we are liberated from our own fear, our presence automatically liberates others.

Quoted by Nelson Mandela in his inaugural address

Click here to access the New York Times webpage and learn something about Nelson Mandela.  Watch the videos, read the timereferences and most of all make some notes.  In class we will work together on the key moments of his life.

The interactive timeline may appeal to you too.

Before we start investigating this great heroic figure, we need to understand what Apartheid was and see that racial segregation did not exist in South Africa only, in the United States there were the Jim Crow Laws.

Gary Younge remembers the ecstatic reaction of ordinary voters to Nelson Mandela in 1994 on the campaign trail in South Africa’s first democratic general election. He considers Mandela’s emblematic status in the anti-apartheid movement; his role in the foundation of post-apartheid South Africa; and his status as one of the most transformative politicians of the 20th century.

On 21 March 1960 at least 180 people were injured and 69 killed when South African police opened fire on approximately 300 demonstrators, who were protesting against the pass laws, at the township of Sharpeville, near Vereeniging in the Transvaal. The Sharpeville Massacre, as the event has become known, signaled the start of armed resistance in South Africa, and prompted worldwide condemnation of South Africa’s Apartheid policies.
In 1996, on the 26th anniversary of the Sharpeville Massacre, Nelson Mandela chose Sharpeville as the site to announce the signing of the new democratic constitution. The day is now commemorated as South Africa’s Human Rights Day.

Listening to his words of wisdom can teach us all so much, his words can definitely change us for the better!

Extracts from Nelson Mandela’s statement from the dock at the opening of his trial on charges of sabotage at the supreme court of South Africa in Pretoria on 20 April 1964.

An ideal for which I am prepared to die 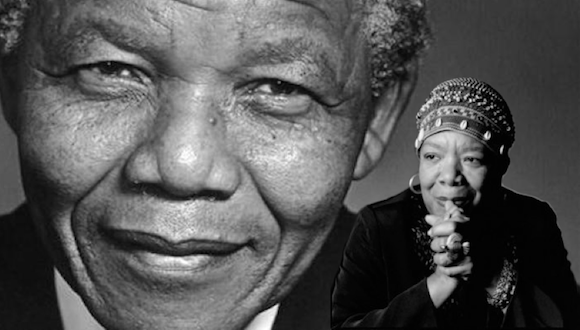 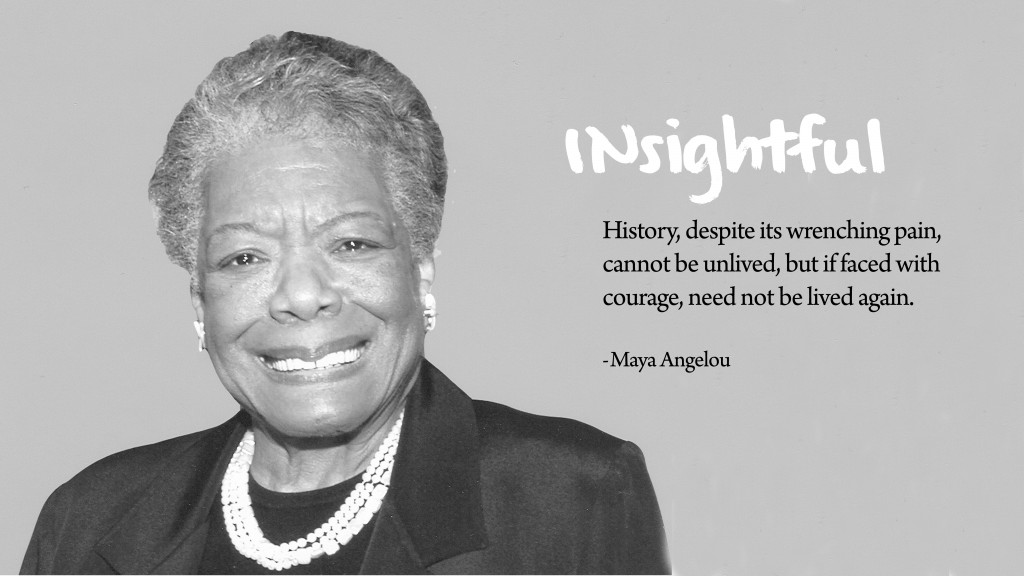 Maya Angelou, who knew Mandela when she lived in Africa, was asked by the State Department to write a tribute to that country’s first black president and international civil rights leader as his health was failing.  The State Department unveiled the tribute poem, “His Day is Done,”  written by Angelou for Mandela “on behalf of the American people.”  They first met in 1962 before he was imprisoned. “Yes, Mandela’s day is done,” Angelou said. “Yet we, his inheritors, will open the gates wider for reconciliation. And we will respond generously to the cries of blacks and whites, Asians, Hispanics, the poor who live piteously on the floor of our planet.” 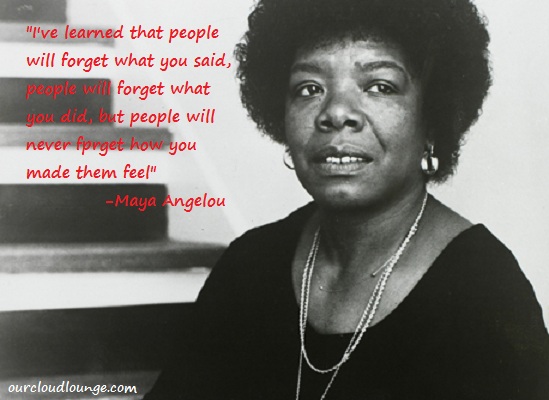 Below is the video released by the State Department.

Now you write your own poem, inspired by the images, videos you watched, by the articles you read.

This is my poem:

You appear to me as an iconic figure

The epitome of resilience

The symbol of hope

The embodiment of forgiveness, understanding and love

Your words made me, a white Italian woman

feel engrossed with new energy after having read your books

I owe you a lot

You taught how brutally crippling the boundaries of the mind are

They lead to the boundaries of the heart

You made me feel less lonely

You made me feel understood

You made me feel human and proud to be so

You made me realize how important it is

Not to take humanity for granted

You are a living proof of this

Plunging humanity back into cultural and moral primitivism

A.ssessing the role I have played so far on this planet

D.etermined to fight back prejudice, compliance, shallowness to remain human

I.ndignant of the abuse of power

A.ching for the so many usurpations of human rights in our world

Long live all the South African people who suffered at the hands of a blind and brutish segregation system.

This is a video I found on the Economist webpage, a video whose poetic quality struck me. The way it pays tribute to Nelson Mandela is so powerful that I cannot possibly avoid posting it.

Listen and read Barack Obama’s memorial speech and take notes of the passages that “touch” your mind and your heart.  You can read the full speech if you wish to, should you find it difficult to follow Obama without.  I wish you all a “oneness to humanity”, I wish the word “ubuntu” can lead us all to a new moral rebirth.  Madiba the free could help us free ourselves with our own limits and contradictions.  I hope he will inspire you and change you as much as he did me.  He promped in me a time for selfreflection.  I am not proud with my own life at all, I ask myself this question as a woman and as a teacher.  I know I can do more and I should do more to promote a better way of living our globe, to live in understanding, sharing and friendship.  It is difficult because we are surrounded by greed and individualism that blind us to the point we are not aware we are enslaved to the scary “me, myself and I”.  Let your voices be heard, make a change for the better, be the male and female extention of Nelson Mandela.  We can choose to define a world defined by peace and opportunity.

You may want to listen to other words Barack Obama spoke in commemoration of Nelson Mandela.

You listened to Barack Obama’s words of tribute, you read Maya Angelou’s poem, you can read tons of words of gratitude addressed to Mandela on the web.  Write your letter to him in which you express your ideas as to the impact his ideas and actions may have had on you, the way his example may shape and influence who you are and will become as a man or a woman.

Nelson Mandela held his Nobel Lecture on 10 December 1993, in the Oslo City Hall, Norway.  The transcript will help you.

Writers, Journalists, Film Directors, Singers tried to do their part in their struggle against Apartheid and in their commemoration of Nelson Mandela.

Music can be a wondeful medium to raise people’s consciousness and bring to the forefront the contradictions and hypocrisy of a deplorable system of segregation.

Listen to the song dedicated to Biko and find out who he was.

“Invictus” is a short Victorian poem by the English poet William Ernest Henley (1849–1903). It was written in 1875 and published in 1888 in his first volume of poems, Book of Verses.  The title means “never defeated”.  The poem was used by Nelson Mandela in his prison years to soothe his imprisonment under the appalling laws of Apartheid.  This is the reason why the 2009 film directed by Clint Eastwood has this title.

Out of the night that covers me,
Black as the pit from pole to pole,
I thank whatever god may be
For my unconquerable soul.

In the fell clutch of circumstance
I have not winced not cried aloud.
Under the bludgeonings of chance
My head is bloody, but unbowed.

Beyond this place of wrath and tears
Looms but the Horror of the shade,
And yet the menace of the years
Finds and shall find me unafraid.

It matters not how strait the gate,
How charged with punishments the scroll,
I am the master of my fate;
I am the captain of my soul.

What do you expect the latest film based on Nelson Mandela’s biography “Long walk to freedom” to be like?

What about the film based on a true story: “The Butler”?  It covers the years from slavery, to racial segregation (the Jim Crow Laws) to Barack Obama’s election.  Really worth watching.

Alice Walker, an American author and activist, wrote the following comments about the film:

Lee Daniels’ The Butler was received in my neighborhood by a packed house, all colors and kinds […].  At the end, there was a rousing, heartfelt offering of applause.   The enthusiasm is well deserved because the acting, everyone’s acting, is superb.  Superb also is the courage to depict realities in our past that don’t often, if ever, make it to consciousness, not to mention to the screen.  For example, there is that haunting early scene in which the son of the plantation owner […] rapes his pale skinned sister, who happens to be the mother of Cecil Gaines, the butler-to-be.  When her husband, prodded to make a stand by his young son, utters a single sound about what has happened, the white man, clearly a sociopathic crazy person as many slave owners and over-seers of slaves and later of sharecroppers had to be, shoots him dead.

This reminded me of a story my mother told me very late in her life; late, because it was apparently an unspoken rule among many Southern black people not to talk about white people, at all, especially to their children.  It was about how she and her five sisters avoided being raped by white men on their way to or from church. It was understood that her six brothers, who walked beside them, could not protect them.  For the same reason young Cecil Gaines’ father was afraid to protest the abuse of his wife.  So what did my mother and her sisters do:  they peeled off in different directions and outran their would-be rapists, who were often on horseback. I’m sure neither you nor I wish to think of this.

A couple of years ago I was part of a Freedom Flotilla that attempted to bring aid and expressions of caring to the blockaded people of Gaza.  We were turned back by armed commandos of the Greek coast guard.  An artist on our boat had made caps for us to wear that had the words STAY HUMAN printed on them.  The ability of our parents and grandparents, our ancestors, to stay human in situations where it would have made more sense to go mad, strikes me often as miraculous.  But yes, they stayed human.  That is what the butler did. (source: http://alicewalkersgarden.com)

This is the reason why I decided to work on Apartheid and racial discrimination with you.  I want to stay human.  I would love you to stay human.  Surrounded by lots of students who simply do not care, surrounded by a few who when I uttered the word “Apartheid” looked at me as if I had mentioned a neologism, I realized that it is paramount for me as a teacher to withstand the new wave of cultural analphabetism and human indifference.  I will fight back this loathsome state  of apathy, this lack of empathy, and borrowing from Nelson Mandela’s words, I cry out: “this is an ideal for which I am prepared to die”.

Look at Emanuele and Matteo’s prezi presentation on the film “Mandela and De Klerk”:

Another intersting prezi presentation done by some students of a colleague of mine, really worth looking at: